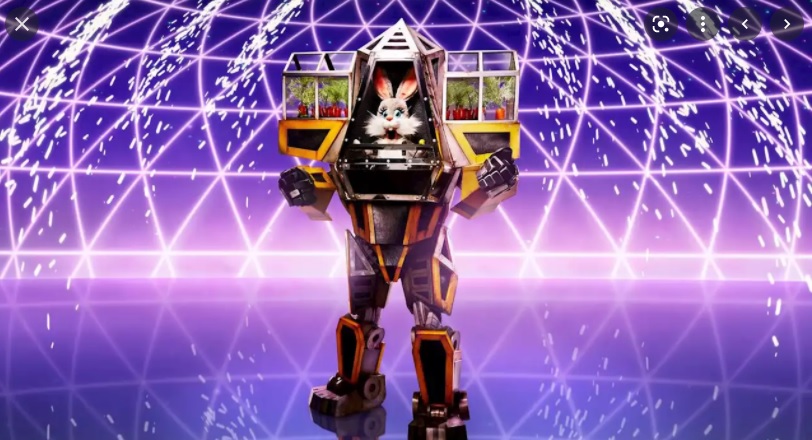 He was revealed to be Robobunny as he took third place in Saturday’s final.

And, Westlife singer Mark Feehily, 41, has admitted that taking part in The Masked Singer gave him ‘a new kind of confidence’ for the first time in 20 years, after struggling with being on camera.

Speaking to Lorraine host Christine Lampard, 43, on Monday, Mark also confessed how guilty he felt for not telling his bandmates that he was competing in the show.

Mark explained: ‘I felt like, because I was so focused on the voice on the vocals – and also for the first time in 20 years I could sing in front of millions of people and nobody was looking at me.

‘And I found that idea very interesting, because in the past I had struggled at certain points with self-confidence on camera. I didn’t like cameras on me, it felt kinda heavy.

‘So it was an interesting experience to completely remove that element. And it gave me a new kind of confidence.’

The talented singer happily revealed of his new-found belief in himself: ‘Interestingly, when I took the mask of, the confidence stayed. So I learned something from it.’

Mark also revealed the one person he had to tell was his mum, and that his young daughter Layla, two, figured out his secret early on in the series and loved watching him on TV.

This year’s final saw Panda, Mushroom and Robobunny battle it out to be crowned the 2022 champion after beating off competition from nine other quirky characters.

On Saturday night, Natalie Imbruglia, 47, was crowned the winner of The Masked Singer 2022 after being revealed as Panda.

The songstress beat Charlotte Church, 35, who was unmasked as Mushroom in second place and Westlife star Mark Feehily who came third.

Upon being unmasked, Mark told why he wanted to sign up for the show, saying: ‘I was craving to do something different, outside of my comfort zone vocally.

‘I really wanted to add comedy to my character so when it was agreed I would be allowed to do the two-voice thing I signed up.’

He then explained by he picked his unusual character: ‘For me when I saw Robobunny I immediately came up with the idea that the rabbit could duet with the robot and there could be two different characters which got me so excited…

‘I only wanted to do it if I could do something different to what had been done before and the feedback on Robobunny being unique and a first has been very strong.’