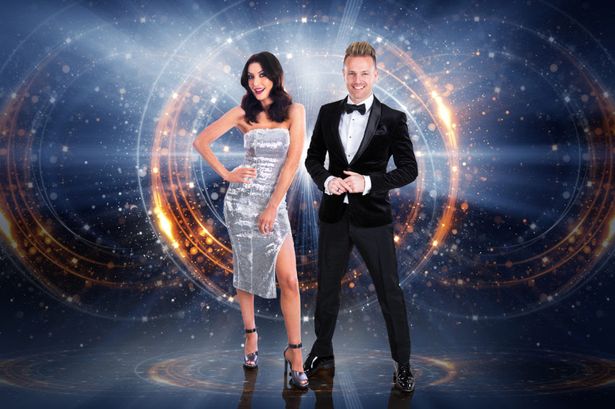 Many watching television on Sunday night were confused after noticing Nicky Byrne appeared on Dancing on Ice with Westlife and Dancing With the Stars at the same time.

The singer was meant to be in Dublin co-hosting DWTS alongside Jennifer Zamparelli, however, he also popped up in the UK too.

While both shows are meant to be live, it is most likely one of the programmes were prerecorded.

Plenty of viewers took to social media to share their bewilderment as they tried to work out what was happening.

One viewer asked: “How can Nicky Byrne be on 2 live shows at the same time, Westlife were singing on Dancing on ice, suppose to be live? And thought DWTSIRL was live too?”

A second person wrote: “How is this live when Nicky Byrne just performed in the UK on Dancing on ice!!?”

A third commenter said: “Thought this was live? How is Nicky on Dancing on Ice at the same time????”

The general consensus was that Westlife pre-recorded their performance for Dancing on Ice.

Sharing their conclusion, one viewer said: “If you notice, when Westlife were performing, the word ‘Live’ was removed from the screen, their performance must have been prerecorded xx”.

Another person agreed with them posting: “Dancing on ice was pre recorded x”.

A third viewer shared: “Westlife performance on Dancing on Ice was pre recorded, Nicky was live on Dancing with the stars”.