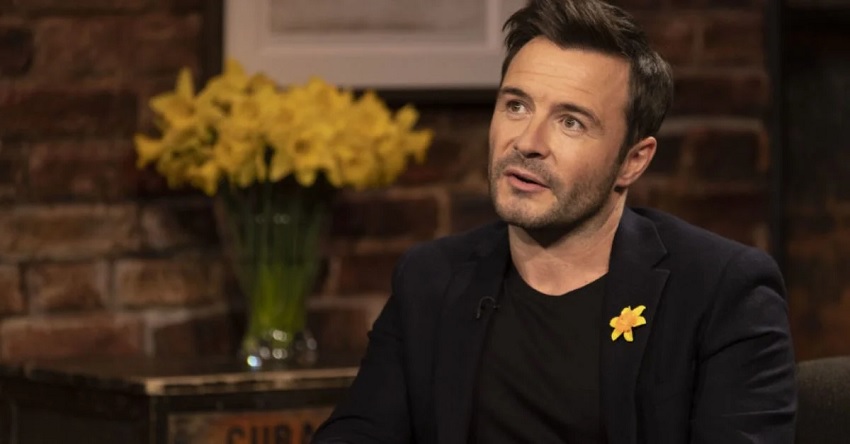 Westlife’s Shane Filan has said that he misses his beloved parents, who died from cancer just 10 months apart, “every single day”. His mother Mae died of lung cancer at North West Hospice on December 15, 2019 while his father Peter passed away from pancreatic cancer at St Vincent’s Hospital in Dublin on October 4, 2020.

However, Shane (42) said he finds comfort in fundraising for the Irish Cancer Society (ICS), a charity that was so kind to him and his six siblings during that tough time. “It’s still very new to me, I miss them every day,” he told independent.ie, as he launched his ‘JustGiving’ page for the ICS. “I don’t go a day without thinking about them, it’s mad. It’s a little bit better than it was last year but I still miss them all the same. “It was very tough, losing them so close together. My dad was such a part of my mum’s life, the two of them were stuck together.“ “So him becoming sick as well, it was tough at the time. But now, I’m happy that they’re together, in a way. “He didn’t have to go through years of treatment like some people have to and it’s tough on families. “I miss him and my mum every day, but you just have to get on with it and live your life without them – which is not easy.”

Last year he was named the ICS’s ambassador for Daffodil Day, the charity’s flagship fundraising day – which takes place on March 25 – and he has vowed to do a fundraiser for them every year. My dad was heart-broken, he was devastated without mum being there.

The organisation is heavily reliant on donations from the public to enable it to carry out its work. His parents were together for 55 years and he said he’s still processing the grief from losing them both within the space of a year.

“I’m doing this to keep their memory alive. It’s nice to know I’m doing this because of them – and they would be so proud of that. “They’d be happy that I’m helping people who were in their scenario and it’s lovely to have that connection with them,” he said. “It’s helping people in that scenario today, tomorrow or next week when they get that horrible phone call to say, ‘You have cancer.’ “And it’s a scary place for any person who has to deal with that, it’s a massive shock to the system. “It’s something you dread your whole life and some people have nobody to talk to.” Paying tribute to the volunteer work of the ICS, he said they provide help, guidance and assistance to people and their families affected by the disease. He said there’s “massive comfort” in trying to pay back their support.All funds raised from his ‘JustGiving’ page will go towards the ICS.

Everyone who makes a €10 donation will be entered into a raffle to win an “ultimate Westlife experience” package. The winner and four of their guests will get to hang out backstage at the Aviva Stadium at Westlife’s gig on July 9, attend the sound-check and get VIP seats to the concert and get pictures with the band. Afterwards, they will stay in the Intercontinental hotel. The winner will be named on Daffodil Day.

“Everyone is looking forward to coming back to going to concerts again. The last couple of years have been horrendous for everyone. “So I thought ‘How can we raise money and make it extra special for one family?’ “And if you’re a Westlife fan, this is as good as it gets,” he said. “My mam and dad loved being at the concerts so, in a way, their memory will be there on the night because someone has won a ticket and is at the concert because of them.”

Daffodil Day is on Friday, 25 March. Click here to make a much-appreciated donation to the Irish Cancer Society. Anyone with concerns or questions about cancer can contact the support line on freephone: (1800) 200-700.