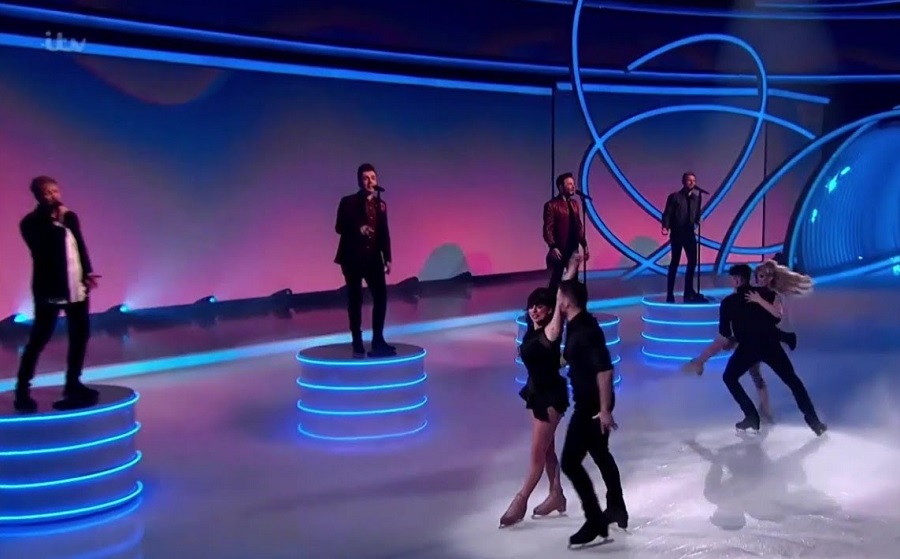 The Irish four-piece – Shane Filan, Markus Feehily, Kian Egan, and Nicky Byrne – all took to the ice on Sunday night.

Westlife fans were eagerly awaiting the band’s performance on Dancing On Ice on Sunday night – but they claim it was ‘ruined’.

The Irish four-piece – Shane Filan, Markus Feehily, Kian Egan, and Nicky Byrne – all took to the ice, albeit on platforms and not on skates themselves – to perform their latest track, Alone Together.

Their appearance on the ITV skating competition saw their uplifting track accompanied by some of the show’s professional skaters who performed around the Flying Without Wings and World of Our Own hitmakers.

But despite fans looking forward to Westlife’s appearance during the Dancing On Ice semi-finals, they ended up unimpressed and took to social media to complain.

@buckland_emma tweeted: “I know the programme is called “dancing on ice” but did we really need the skaters on Westlife’s performance? Every time they came on the audience kept screaming so you couldn’t hear Westlife very well #DancingOnIce.”

“Awesome performance by the amazing @westlifemusic as always what a shame about all the fake audience whooping & cheering for the skaters ruining it @dancingonice #DancingOnIce,” @TinaMansfield20 echoed.

@CurtainsPetite replied: “Totally agree!!! Westlife tweeted to say yes it was recorded but now lets enjoy the performance?? how can you with all that shouting and screaming? wasn’t even an audience there?? all piped?? SO annoying every week and many complain but they take no notice.”

“@westlifemusic I would say it was a class performance, but i could barely hear it with the sound of cheering in the background #DancingonIce,” @monthesesh commented.

@lorri541 complained: “#DancingOnIce no point in having Westlife on you couldn’t hear them for all the shouting. Sooooo annoying.”

And there was also a bit of a riddle as to whether their performance was live or not as Nicky mysteriously appeared in two places at once as he also co-hosts the Irish version of Striclty Come Dancing, Dancing with the Stars.

@PennyGleeson3 commented: “How can Nicky Bryne sing with Westlife & be on Dancing with the stars IRL. Which is the truthful live show? Definitely fixed. It was obvious the judges were going to pick Kimberly. Should be a public vote not down to the judges to choose. #dancingonice.”

@YourRights_ie quizzed: “@NickyByrne Which was recorded live tonight #DWTSIRL or #dancingonice as Westlife were playing their new single? Unless you had a private jet?”