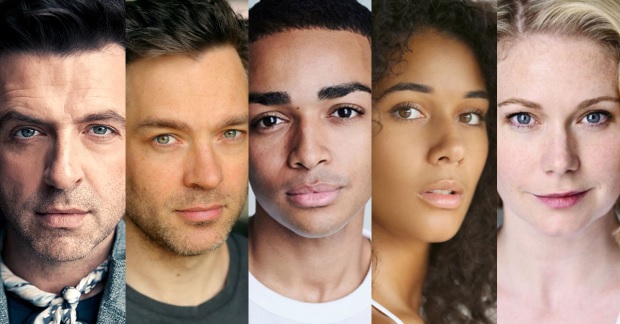 As if this summer wasn’t exciting enough already!

🗝️ Announcement 🗝️
Very excited to be joining this amazing cast in “The Secret Garden” for one night only in august!

TICKETS: for access to the pre-sale, please sign up via the link in bio @LJProds @LondonPalladium pic.twitter.com/JWAaSBlctn

What is The Secret Garden

The Secret Garden musical will be staged in concert at The London Palladium this summer.

The show is based on the 1911 novel by Frances Hodgson Burnett with book and lyrics by Marsha Norman and music by Lucy Simon. It follows Mary Lennox, who arrives at a lonely manor house in Yorkshire with a wonder-filled walled garden.

This new concert production will be directed by Nick Winston (Bonnie and Clyde) with music direction by Adam Hoskins (Doctor Zhivago).

Appearing will be Mark Feehily (Westlife) as Neville Craven, Hadley Fraser (City of Angels) as Archibald Craven, Maiya Quansah-Breed (Six) as Martha, Alex Thomas-Smith (& Juliet) as Dickon and Emma Williams (Half a Sixpence) as Lily as well as Darcy Jacobs as Mary, Isaac Lancel-Watkinson as Colin, Michael Riseley as Captain Albert Lennox, Linda John-Pierre as Mrs Medlock, Grace Mouat as Alice, Aleyna Mohanraj as Ayah, Johndeep More as Fakir, Glain Rhys as Rose and Howard Scott Walker as Ben Weatherstaff with narration by Lucy Drever. Trinity Laban Musical Theatre will be joining the cast as the ensemble.

Tickets for the show, which runs on 28 August, go on sale on Friday with a venue pre-sale from Thursday.

Producers Lambert Jackson said: “After two cancelled shows due to the pandemic, we’re thrilled to finally be bringing this beautiful concert musical to the London Palladium. The Secret Garden has a special place in many people’s hearts. Be it as a musical, a novel, or a film, the enduring story has a way of staying with you with the timely message to live life to the full.”