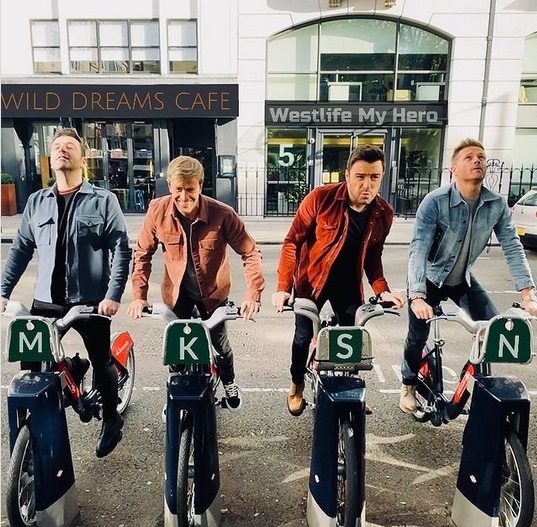 From november 21, for those who missed it

On The Jonathan Ross Show (nov. 21), Nicky Byrne from Westlife explained that when the guys were just starting out, Louis offered to drop them all home one night.

Nicky said, “[Louis] used to drive a red Wrangle jeep and it was an American jeep, so it was left hand drive.”

While they were on the way to Northsider Nicky’s house, Louis told him, “I don’t know the north side of Dublin very well.”

Nicky continued, “We were driving along out to where I live and we approached a roundabout.”

“I was in the back of the car and remember looking and thinking, all these brights lights coming towards us, Louis will slow down.

“Remember it was the left hand side of the car,” Nicky said. “As we approached the roundabout, he just didn’t stop. And you look right, and it’s all coming traffic. He just kept going.”

All of Westlife started screaming at Louis in fear, and Nicky said “He pulled [over] and he’s like, ‘What?’

“He goes, ‘I told you, I don’t know the north side of Dublin too well.’

“I said ‘Louis, it’s a roundabout! You have them on the south side of Dublin as well.”

The video of Nicky telling the story is worth a watch, just for his impression of Louis Walsh alone.