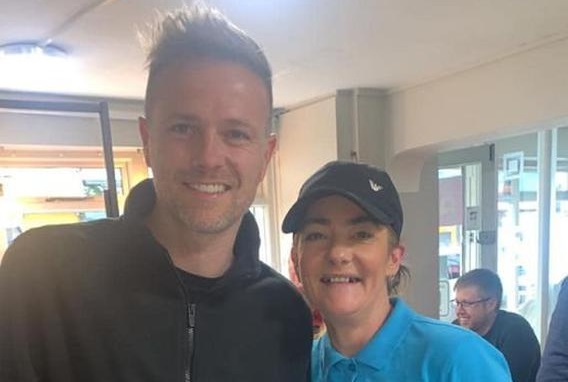 Westlife star Nicky Byrne created quite a stir when he popped into Ma Brady’s for a take-away coffee when he was passing through Dundalk on Saturday afternoon.

The popular Church Street restaurant was very busy when the popular singer and tv presenter walked in and placed his order.

“Nobody could believe it was him at first,” says Karen Murtagh from Beechmount Drive who has been working in the restaurant since January.

“I was chatting away to him and thought I recognised his face. I asked him if he was Nicky Byrne and at first he said he said no but then said it was.”

Karen, a big Westlife fan who has seen the band in concert many times over the years, was thrilled to get a photo taken with the star, who is married to Bertie Ahern’s daughter Georgina.

“We were that busy that no-one thought to ask him for his autograph but it is great to have the photo.”

Restaurant owner John Kennedy posted the photo on Facebook and had to field queries from customers wondering if their famous customer would be back. 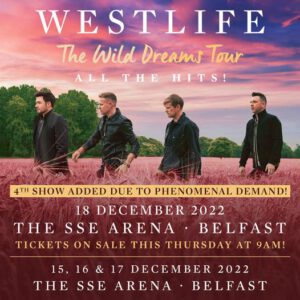