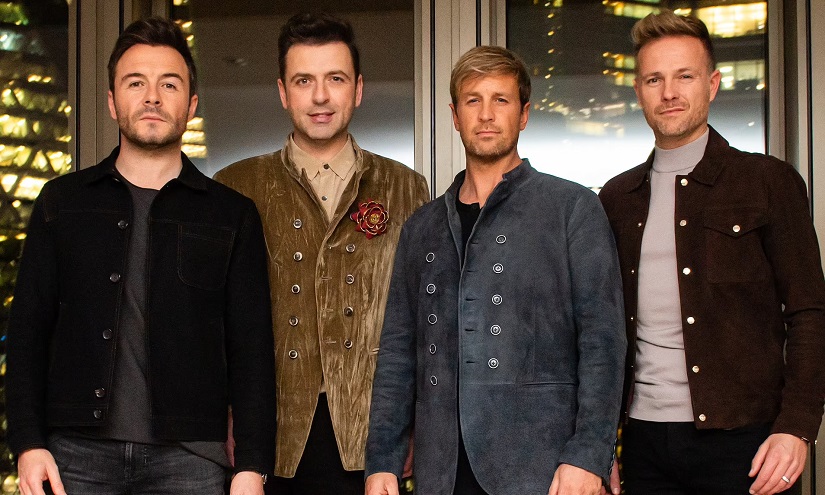 After Westlife added the two latest Belfast gigs on March 28, Nicky warned fans not to miss out as he added: ‘What a gig it’s going to be. We can’t give anything away but I know some surprises are going to happen.’

The band did reveal one thing though as they said they are set to perform their hit Uptown Girl. ‘What a surprise that is,’ Shane joked. The boyband stars spoke about the forthcoming gigs saying they hope they will be their ‘best shows ever’ and promising ‘all the hits.’

Mark Feehily also shared his excitement about the gigs: ‘We’re so excited we’re sitting here and this is real… I can’t wait to see the faces on people.’ Speaking about the music industry getting back up and running after lockdown, Mark added: ‘This is bigger than all of us, it’s a Westlife moment, but it’s a big moment for all of us.’

Shane Filan said: ‘Our last Croke Park was the best we’ve done and we want to top that… The Wild Dreams tour will take us through the 22 years of Westlife… all the hits, we want to put on our best ever show.’ Turning his attentions to the more practical side of things, Shane added that the band will start rehearsals six weeks before the concert.

The tour will run through to December 2022 with shows set to take place across the water as well in cities like London, Glasgow, Manchester and more.

Nicky said that ‘although with any relationships you have your ups and downs, the break in 2012 really helped’ before adding ‘our children coming through to see their daddy’s on stage’ has also helped. He continued that the band’s supportive friends and family ‘have really brought us together as a bunch of lads.’

Kian also gave a shout out to his son, revealing that the youngster is just starting to get a little inquisitive about the band now, telling reporters: ‘It’s only now my son is starting to be like “ohhh Westlife, I get it now” and he’s nine now.’ The dad also admitted that it might be hard to leave his family to tour after spending so much time together in lockdown saying: ‘I’ve three little boys so I think it’s going to be quite tough to leave them.’

The tour is only two and a half month away and will kick of in Kent.