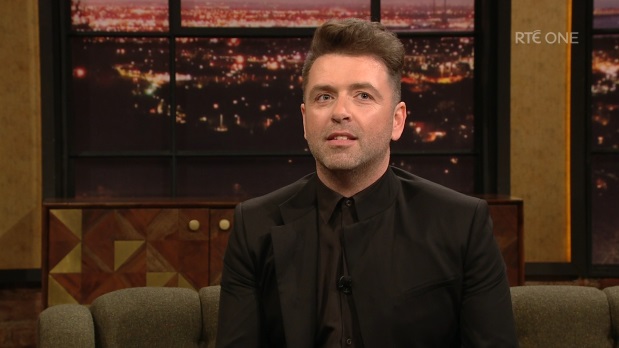 RTE viewers praised “good guy” Westlife star Mark Feehily as he opened up about how he was treated in the music industry over his weight.

The singer revealed on the Late Late Show that his weight has always fluctuated since he was in school.

But when he became part of Westlife, his shape was pointed out more frequently, particularly before television appearances.

He said: “I really never liked the camera being on me. I’ve liked photography since I was a child but to be in front of the camera is a different.

“I was just conscious of my weight, my weight always fluctuated.

“I was in an all boys school and you’re very quickly reminded… Nicknames come out of any tiny thing that’s different about you.

“All I can describe it as is when the camera’s on you…It just kind of felt like a weight on my face. It felt like it just wasn’t right.

“It was an in-built thing that didn’t feel natural to me at all.

“That, and look it’s the music industry, things are a bit different now but back then people would have no problem telling you, ‘you’re fat, lose weight’, just before you went on camera.”

Mark explained that he wasn’t aware of his weight until it was pointed out to him.

“It’s like, ‘There’s 14 million people about to watch you now and you’re fat’.

“So it’s not great. I was like, ‘You know what I forgot about that until you told me’.

“I was just ready to go and sing and then all of a sudden someone reminds you.

“I’m comfortable enough in my own skin, it’s only when people tell me and I think there’s a lot of people like that.

“And now instead of it being someone from the record industry or something, it’s Instagram or it’s Twitter.”

He also recalled a nasty moment he opened a magazine that had focused on his stomach during a tennis match.

He said: “It just destroyed me. This was like mid-Westlife, well not mid-Westlife but we were well in our flow at that point.

“I suppose that’s something that’s always been a part of my life since I was a teenager.

“A lot has changed and we no longer accept stuff like that. It’s not seen as OK anymore.”

Viewers flocked to Twitter praising the singer for his honesty.