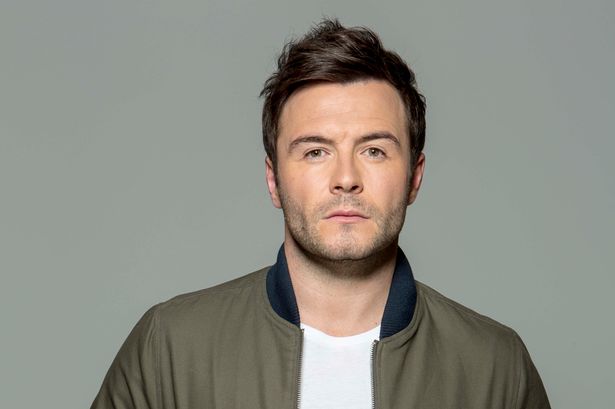 After 23 years as a pop idol, Shane Filan looks to the future and says: “I feel prouder being in Westlife now than when I was 21 or 22.”

The Irish supergroup’s latest album, Wild Dreams, has topped charts at home and abroad – but it’s the group’s future that has the Sligo man even more excited, particularly for their Wembley Stadium concert on August 6 next year.

“Wembley is going to be a massive night for our career,” Shane tells Shuffle.

“The start of the band was amazing because it was new, but I would say it’s better now. It feels pretty special what we’ve done as a band in the last 23 years, but now it’s nearly more amazing that we’re still doing it.

“Not many people can sit around the table having a cup of tea and discussing upcoming shows at Wembley, Aviva Stadium and Pairc Uí Chaoimh. And we don’t take that for granted.

“We have an unbelievable fanbase, a huge following, and it seems to be getting bigger because there’s kids coming along now with the parents that were 15 to 20 when we started out, and now they’re married with kids and they’re bringing them to the shows.

“There are more tickets being sold, and that’s an amazing thing for a band to have 23 years on.

“God knows where this will go now for Westlife. We have a whole world tour planned, and it includes America for the first time after 23 years.

“That’s something we thought we’d never be doing.

“We gave up on America for a while because we just didn’t think it was possible. But it’s funny how the world, even in the last few years, has got smaller with social media.

“We have so many American fans, and on our streaming numbers we can tell where these people are from.

“If we do a gig in New York or Boston, there’s a lot of Irish people, a lot of Americans and a lot of Asian people there who are fans of Westlife, so the promoters are quite excited about bringing us to America.

“Social media is so powerful now… it means that you don’t have to have a number one record in America to do a gig over there.

“It’s a different world now – you can go over there off the back of your fanbase and your social media presence. It will probably be 2023, but America is going to be finally a part of our world tour and that is astonishing and so exciting to us, it really is.”

Looking back, Shane recalls how a song called Together Girl Forever, which he wrote in school with Mark Feehily, was their introduction to their now famous manager, Louis Walsh.

“We wrote that song for IOU [their pre-Westlife group] and it was the first single we released way back before Nicky and Brian joined the band,” Shane tells me.

“It was also the CD that we brought to Louis, and he loved it. He liked the vocals, and then we got to support the Backstreet Boys. I don’t know why, but we never wrote another song for 20 years…until this album.

“We were good at it when we were 19, and Covid and lockdown brought that back to the band again when Mark and I wrote the song, Wild Dreams.

“Then we sent the demo – which was me singing on a guitar down the phone, and Mark doing the harmonies to Rami (Yacoub), the guy who wrote When You’re Looking Like That and who is one of the top producers in the world.

“We said, ‘Tell us if it’s any good and be honest with us, man.’ I knew he would be brutally honest, and that’s what I like about him. He came right back and said, ‘This is f**king great!’

“And that led to a whole album and tour called Wild Dreams.”