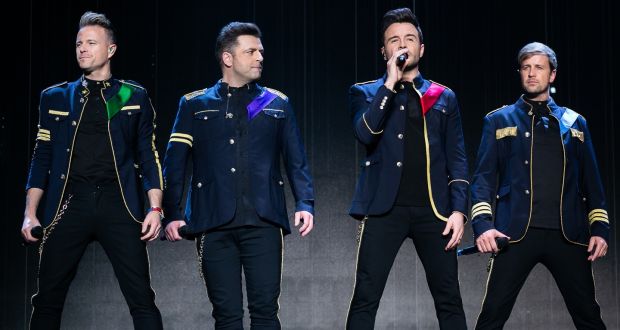 Westlife has announced the band will return to touring next year with the first date planned for the Aviva Stadium in Dublin on July 8th, 2022.

The Irish pop group made the announcement on Friday morning after concert promoters MCD said there was a “major event” planned for the venue for the first time since the Covid-19 pandemic.

Speaking at the launch, band member Nicky Byrne said this was “a momentous occasion for all of us. It feels so positive that we’re moving forward”.

“The fact we’re getting back to rehearsals, back on stage and back to normality makes us feel brilliant. We’ve all done enough gardening and 2km walks during lockdowns,” he joked.

It will have been more than three years since the band’s 2019 reunion tour when they finally take to the stage again, he added.

Markus Feehily said it was a “big moment” for the band and for the workers who would also be “reactivating their lives and careers” through the tour.

“I’m excited as an Irish person to see this finally happening. To think we’re sitting here announcing this – a few months ago we didn’t think we’d be here. I just can’t wait to see the faces on people at the gigs,” he added.

The band will perform their greatest hits, including Swear It Again, Flying Without Wings and World of Our Own, as well as fresh pop anthems from their new album Wild Dreams.

The band will also perform at Wembley Stadium in London and at two shows in Cork as part of its world tour.

Shane Filan said he hopes the Aviva Stadium concert will be “the best show the band ever put on”.

“There are lots of different age groups that will come to see these shows – three generations. We want the kids right up to the older fans to enjoy it,” he said.

The band was “honoured” to be able to continue to perform and to have continued interest from fans in attending their concerts, Kian Egan said.

Asked whether the band was concerned about rising Covid-19 cases or the potential of future lockdowns, Egan said the band will “follow Government guidelines” but were hoping that by next summer the world would be “in a better place”.