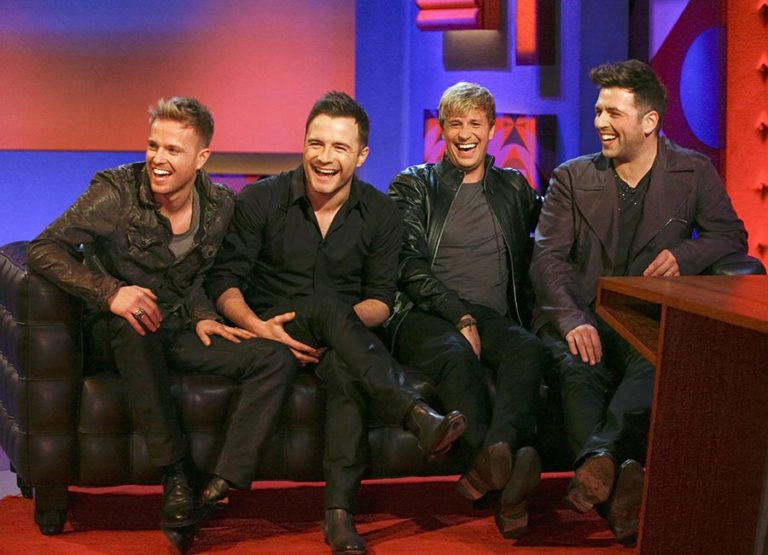 The Westlife lads have been counting down the days until they can unite in the same room and finally, the stars have aligned to let that happen.

While they should be preparing for a summer of gigs, the foursome, like much of the music industry, have found their schedules wiped of festivals and gigs – including some highly-anticipated stadium shows at Wembley and Pairc Ui Caoimh.

A more relaxed calendar, however, has allowed time for a good ole catch up – and not over Zoom like they have got so accustomed to.

Taking to Instagram, Nicky, Mark, Shane and Kian shared a snap of themselves after 514 days apart and they look delighted to be together at last.

Alongside a pic of themselves enjoying a round of drinks in what looks like a restaurant, the chart-toppers shared a sweet caption:  ‘A good ‘old fashioned’ catch up after 514 days apart! Great to be back together.’

Despite halted tour plans, it’s been a busy year for the lads who have had time to get stuck into family life again.

For Mark Feehily, who shares a daughter called Layla with his partner Cailean O’Neill, the past 18 months have been dedicated to spending as much time as possible with his mini-me – and he’s relished every moment.  He also took time out to put both his Dublin and Sligo homes on the market.

Speaking to Amy Huberman’ on her Mamia & Me podcast, Mark opened up about how important the role of ‘dad’ is to him.

Speaking about pre and post Covid life, he explained: ‘I would have started getting itchy feet if I was at home for too long, say if we had a couple of months away from the band. Whereas now I’m like, this is enough.’ I wake up in the morning, I’m a dad and then I got to bed at night. That’s actually enough in my day.’

For him, it’s the little moments spent together that are most precious of all: ‘Walking along the footpath with my kid and my other half, that’s all I kinda want and the simplify of that.’

It’s been a busy time for Nicky Byrne too, who has signed up to host RTÉ’s brand new talent show called Take On Me.

The show, which will take place on Saturday nights, is an original series and will see singers compete against each other to get their hands on a prize of €25k. Rumour has it Nicky is keen to get Nathan Carter on board the project!

While things have slowed down considerably, Westlife is gearing up for a gig up north next month as they join the line-up for BBC Northern Ireland’s summer concert series.