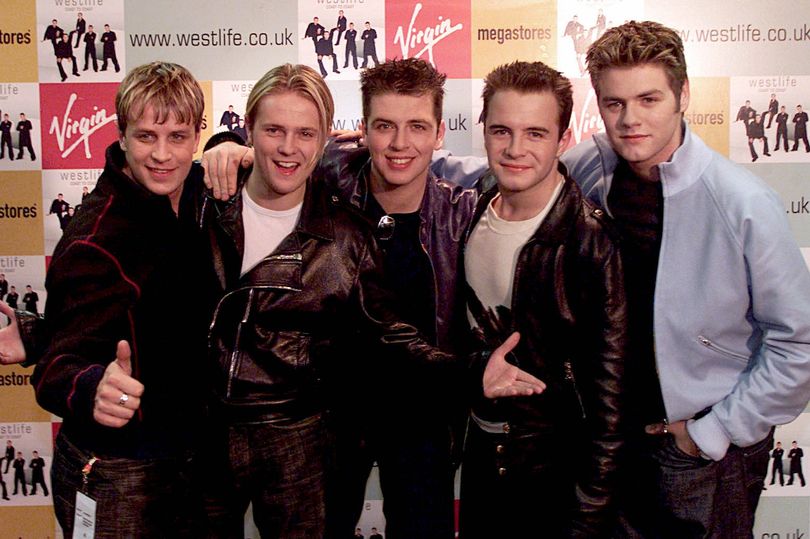 Westlife’s Kian Egan has lifted the lid on the “bad blood” with Brian McFadden after he left the group over his dislike of their music – but continues to sing the songs today in his new band.

The band were at the top of their game in 2004 when three weeks away from their fourth world tour, Brian dropped the bombshell that he was leaving with immediate effect.

After announcing his departure in an emotional press conference, his bandmate Kian choked back tears as he read a letter to Brian on behalf of the remaining four members, describing the strain they were feeling.

While they have poured cold water on any claims of bad blood in the past, Kian has finally opened up about the devastation they felt – admitting they feared it was the end of their career.

He told the Irish Mirror: “Of course there were hard feelings.

“I mean he left us at a time when we were just about to step out on tour and we kind of felt like ‘is this the end?’ You know. ‘Is it all over now?’

“We looked at bands like Take That and Spice Girls and it seemed to be the case that once one member of the band left it was over.

“So we definitely felt like our career was dangling and we were very nervous.”

Despite the panic, Kian, 41, feels the timing of Brian’s departure ended up contributing to their long lasting success in the years that followed.

He added: “Because we went on tour that year and we showed our fans we were just as good as a four-piece.”

Almost two decades later, the band – made up of Kian, Shane Filan, Nicky Byrne and Mark Feehily – are Ireland and the UK’s biggest selling group of the 21st century.

Dubliner Brian embarked on a solo career shortly after leaving the band, before joining forces with Boyzone’s Keith Duffy to create Boyzlife in 2016.

The ex-boy banders performs some of their biggest chart hits from their time with the two Irish bands.

Kian said his actions after his departure have left him and his bandmates scratching their heads.

He said: “As the years rolled on we didn’t have any contact with Brian.

“He said he didn’t want to do music, they were his words to us.

“He sings the Westlife songs now with Boyzlife I believe…”

Kian says Westlife are now tied by a strong “family” bond –describing the three other members as “brothers”.

And he says like any family, they fight, and can very easily rub each other up the wrong way.

But off the back of Wild Dreams, a new 15-track special edition deluxe album which includes Starlight and live recordings of hits including Flying Without Wings, World of Our Own and Uptown Girl, he maintains they are still rock solid after 20 years.

The former I’m A Celebrity… Get Me Out of Here! champion said: “It is very much a family relationship.

“Everyday life people have arguments and fall out they get out of each other’s lives.

“But with things like bands, if you want the band to continue then you know everyone has got to see it from the other person’s point of view and then compromise has to be formed and met.

The Sligo man also explained why the group decided to go their separate ways in 2012, before reuniting in 2019.

He added: “Obviously we got to that point at one stage in our lives, we did break up, but I think that was more due to a fatigue scenario. We had done it for so long and we were tired and I think we all needed different things at that point of our lives apart from being a member of a band and having to commit to that band. And we wanted to go off and be with our families and our children, and you know all of those different things.”

Wild Dreams is Westlife’s first album following their 2019 return and is also their first with EastWest Records after they signed a deal with the label earlier this year. Curated by the group throughout lockdown, they visited studios across Ireland and used a home music rig that travelled from house to house to record the songs.Kian added: “With the pandemic and everything that has happened in the last few years this is our result of it, and you know we are just buzzing for everyone to hear it and for the fans to hear it. It’s a really exciting time for us.”