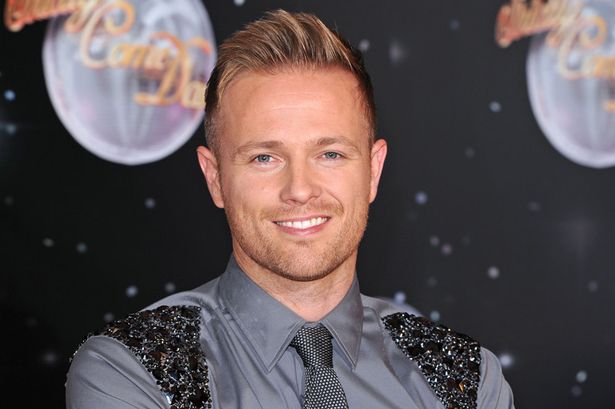 Westlife’s Nicky Byrne has recalled the ‘craziness of the band’s early days of success, and to say it was a bit of a rollercoaster would be an understatement.

First formed in 1998 under the guidance of music mogul Louis Walsh, Westlife are one of the world’s most successful bands, having sold over 55million records worldwide.

They achieved massive success almost overnight, with their debut single, Swear It Again, rocketing straight to the top of the charts in Ireland and the UK, and clinching the title of 1999’s Christmas number one with I Have A Dream.

This was a lot to take in for a group of lads in their very early 20s from Sligo, and in Nicky’s case, Dublin.

Speaking exclusively to Metro.co.uk, Nicky recalls returning to their hometowns in Ireland fresh off the back of Westlife’s first major success.

‘You’d go back to your local town while you were having the Christmas number one over in the UK, and you were wearing all these designer clothes the record label kitted us out in.

‘So not only were we coming back to our local pub but we were rocking in wearing Dolce and Gabanna. It was like you’ve won the Euromillions or something!

‘And everyone in the pub is just thinking “Look at that f***ing idiot!”‘

The band, appearing recently at a press event with Vernon Kay to promote their newest album, recalled the time they almost got into a fight in a kebab shop, and Nicky admitted: ‘There’s been a couple of times over the years where people might have a pop at you.

‘But it’s more verbal, to be fair. My mates are all a bit kind of mad so they’d drag me into all sort of situations.

‘But you grow up and mature, and you know where can go and where you can’t go, figuratively as well.’

Nicky is now dad to three kids, teenage boys Jay and Rocco and eight-year-old Gia, and has settled back in Malahide, Dublin, where he says he isn’t treated as a celebrity at all.

‘People don’t even look at me twice now, I’ve three kids at school here’, he said.

‘Maybe if I go into a different town, or a different part of the city I’ll be asked for a picture or whatever’, but ‘my kids’ friends just think “Ah that’s just his dad, he has cool cars”.’

‘But sometimes when [my sons] are playing on the football pitch they might get a bit of argie-bargie from the other lads like “Ah, you’re the celebrity’s son!”‘

At home in Malahide, Nicky may be treated like part of the furniture, but to the rest of the world he and bandmates Shane Filan, Mark Feehily and Kian Egan are known simply as members of one of the biggest bands in the world.

The band recently stunned an audience of over five million people with a rendition of their new song, My Hero, at the finale of the Pride of Britain awards, and are getting ready to release a new album and embark on a massive tour.

The Wild Dreams Tour will see the UK’s top selling group of the 21st century get closer to their fans than ever before as they belt out all of their greatest hits from their incredible career spanning over two decades.

This tour will be the first time Westlife have performed at the UK and Ireland’s biggest arenas since before the pandemic; their record-breaking 2019 reunion tour which saw the band play to more than 600,000 fans.