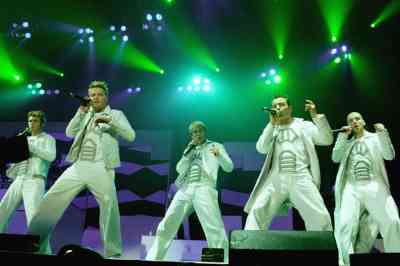 The Where Dreams Come True Tour was the second concert tour by Westlife seen by 600,000 fans making £12,000,000, in support of their second studio album, Coast to Coast. The tour was nicknamed “The No Stools Tour” due to the band’s reputation of performing while perched on stools. Before this full-length world tour, they had a short tour within UK, Ireland and Southeast Asian countries.

This would have only been issued to crew/people involved with the tour, and were not for sale to the general public. In most cases less than 100 copies were ever made.