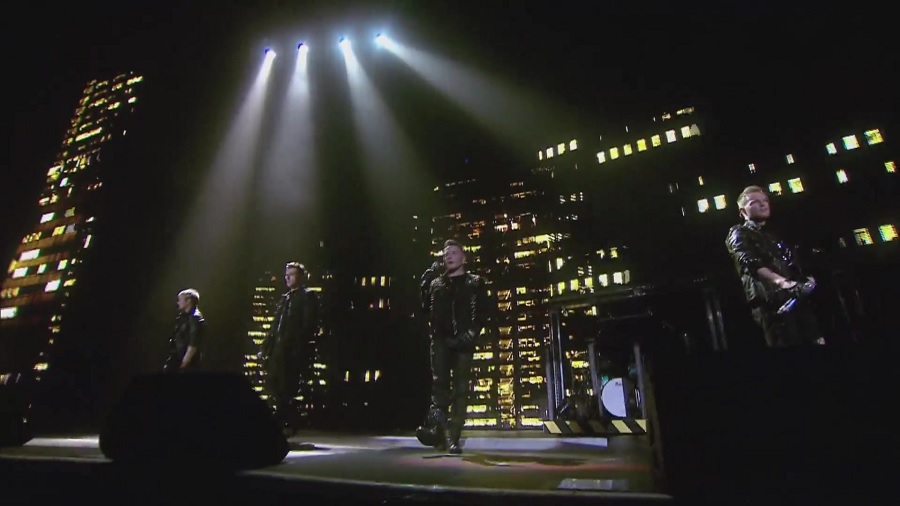 The Where We Are Tour is the tour in support of their ninth studio album, Where We Are. The band toured in numerous counties in the United Kingdom and Ireland, Faroe Islands, Scotland and Wales. The 14 May date of the tour, which took place on The O2 Arena, London, had a live broadcast on Sky Box Office. It was also taped for a concert DVD, Where We Are Tour: Live from The O2, which was released on 29 November 2010. This was the third hottest tour of May 2010 according to Billboard.

Before the album was released, different reports had been publicized, such as Westlife already having their 2010 tour with two dates in Croke Park on their minds. The tour was designed by Baz Halpin and produced by William Baker as said from an article with the content and design used for the tour. On 28 May, it was announced that Westlife would play an intimate and exclusive gig called “A night with Westlife” at The O2 in Dublin, the gig was filmed and streamed live via The O2’s blueroom website. The event took place on 20 August with a shorter and different setlist. The tour has been tagged by Stereoboard UK as the fourth most in-demand tour of 2010. The tour was seen by 360,000 fans.

Irish girlband Wonderland was announced as one of the support act for Westlife and were the only to serve the full tour. On 27 April 2010, it was announced that American boyband WOW also served as an opening act for this tour, from 12 May in London’s O2 up to 5 June in Dublin’s Croke Park. On 16 May 2010, boyband The MacDonald Brothers was added as a support act exclusively for the Glasgow dates. JLS, runners up of The X Factor in 2008, alongside Jedward another X Factor contender. will support the band’s return at Europe’s fourth biggest stadium, Croke Park on 5 June 2010, which gives Westlife a total of four support acts for their Croke Park gig – Wonderland, Wow, JLS and Jedward. Indie rock group The Fuel will support the band on their Bristol date. McLean also supports the band on 18 July, Tamworth Festival.